Skip to Main Content
It looks like you're using Internet Explorer 11 or older. This website works best with modern browsers such as the latest versions of Chrome, Firefox, Safari, and Edge. If you continue with this browser, you may see unexpected results.

What are citation styles?

Citation styles are sets of rules for how to arrange, or format, citations. All of them use the same information about sources. They simply arrange them in different ways. 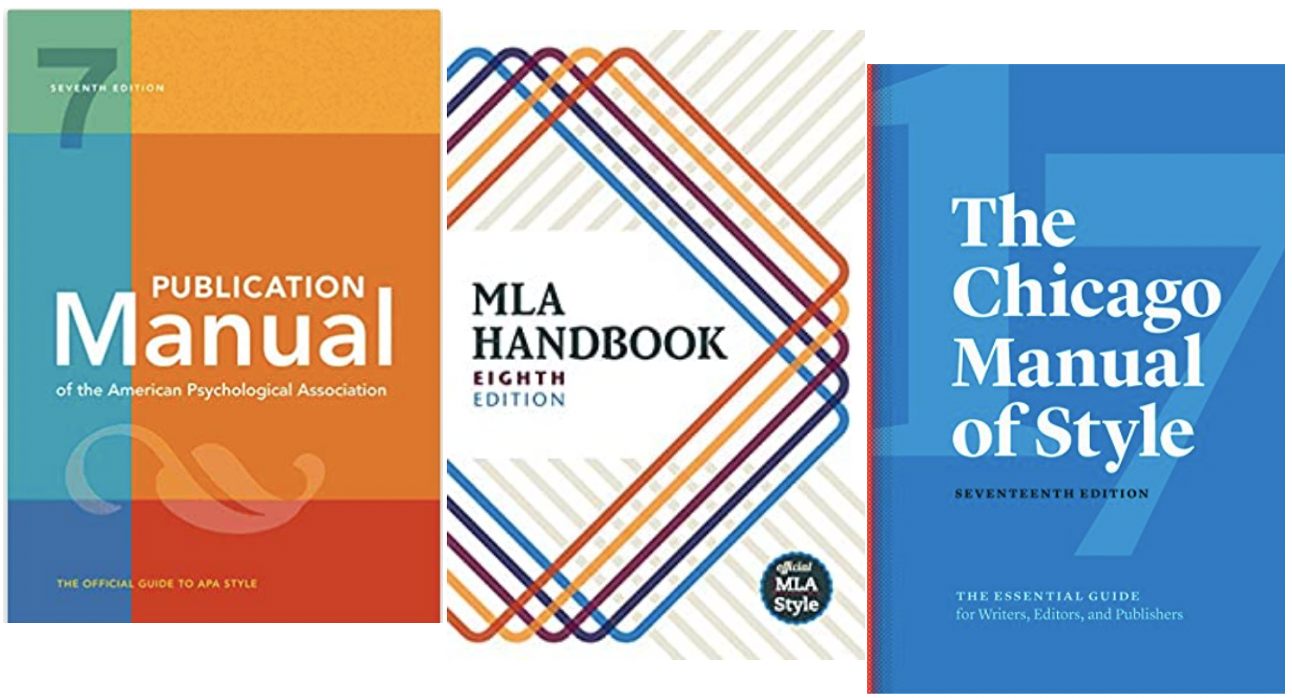 Three main citation styles are used in colleges in the United States: APA, MLA, and Chicago. Each is used by a different group of academic disciplines, or subjects of study (you might think of them as majors or departments in college).

APA stands for "American Psychological Association," the organization that created and updates the APA citation style. APA style is used primarily in the social sciences and similar fields, including psychology, business, education, economics, and political science.

MLA stands for "Modern Language Association," the organization that created and updates the MLA citation style. MLA style is used in disciplines that study languages and literatures (like English, Spanish, etc.) as well as by other cultural studies.

Chicago is short for the Chicago Manual of Style, a citation style produced by the University of Chicago Press. It is mainly used in history, philosophy, religion, and the arts.

This guide provides details about each of these three main styles, as well as other styles that are also used in particular disciplines. Find each one listed on the menu tabs above.